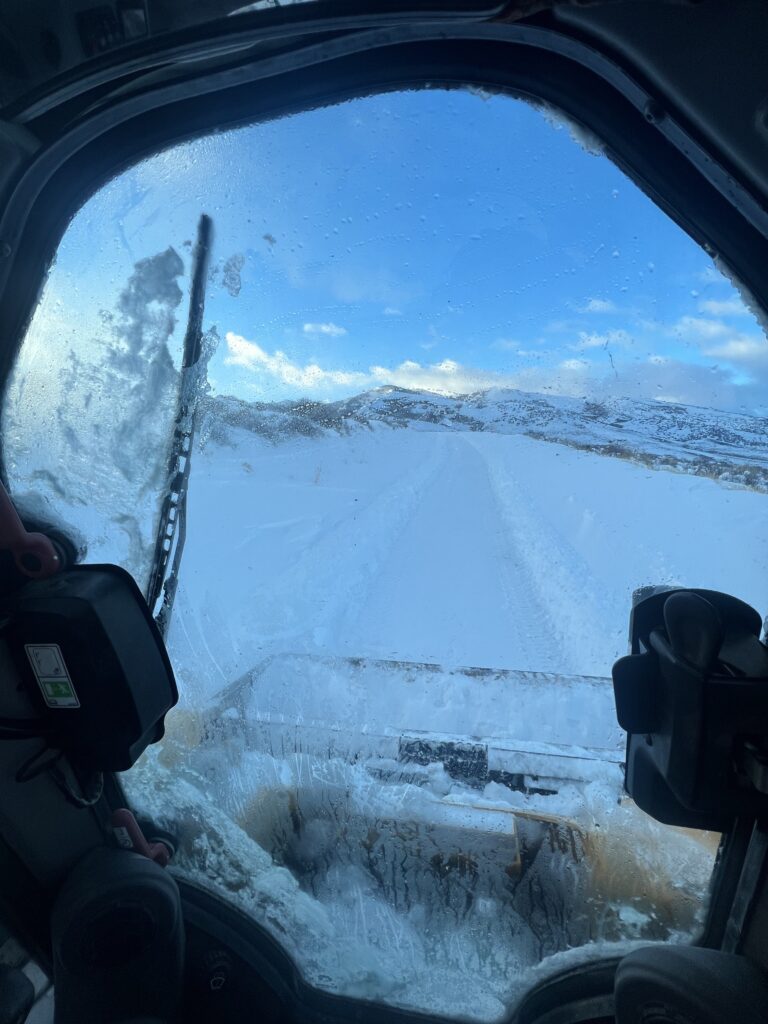 What a storm. The winter storm advisory was upgraded to a winter storm warning through the night of December 1st. We had a Christmas Party for a local business at Ruby 360 Lodge last night. It was a very festive night especially when the snowflakes started to fall. By the time guests left, it was […] 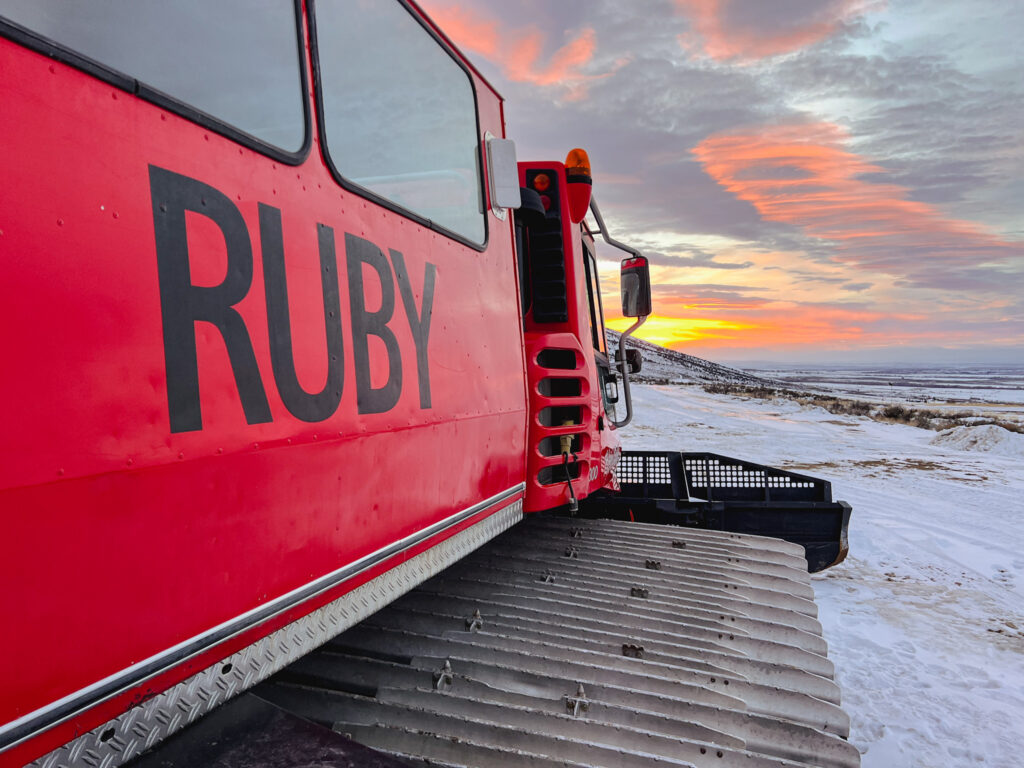 Thank you November. The month began with one of the best early season storm cycles we have seen in many years followed by a prolonged high pressure ridge with unseasonably cold temperatures throughout the entire month. For it’s final night, the sunset on the evening of the 30th was a brilliant light show to send […] 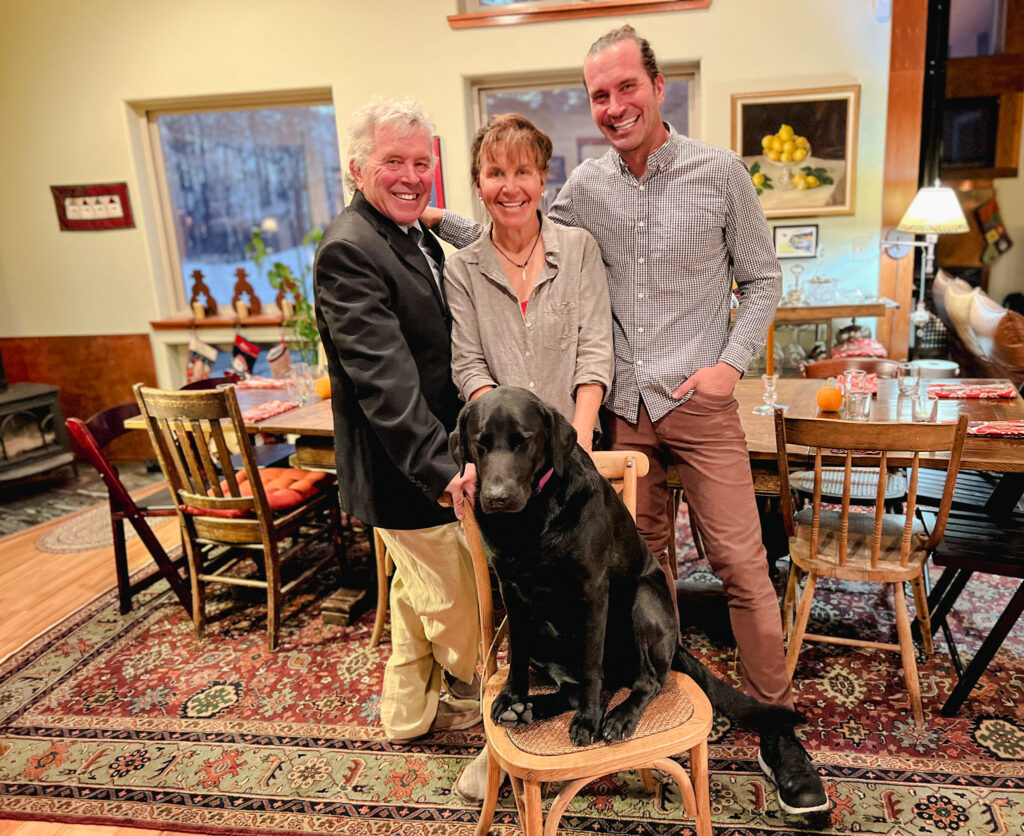 Happy Thanksgiving from Ruby. We spent the holiday weekend with family, wonderful food, great memories and beautiful views of the white Ruby Mountains. Like most of the West, The Great Basin has been under a high pressure ridge for the last several weeks. While there hasn’t been any active weather since November 8/9th, temperatures have […]

An incredible early season storm cycle, an incredible storm cycle for any time of the year. Wind, cold temperatures and heavy snowfall for the past four days. It has been one of the best early November weeks we have seen in years. More than two feet of snow at Ruby 360 Lodge. Snow depth censors […] 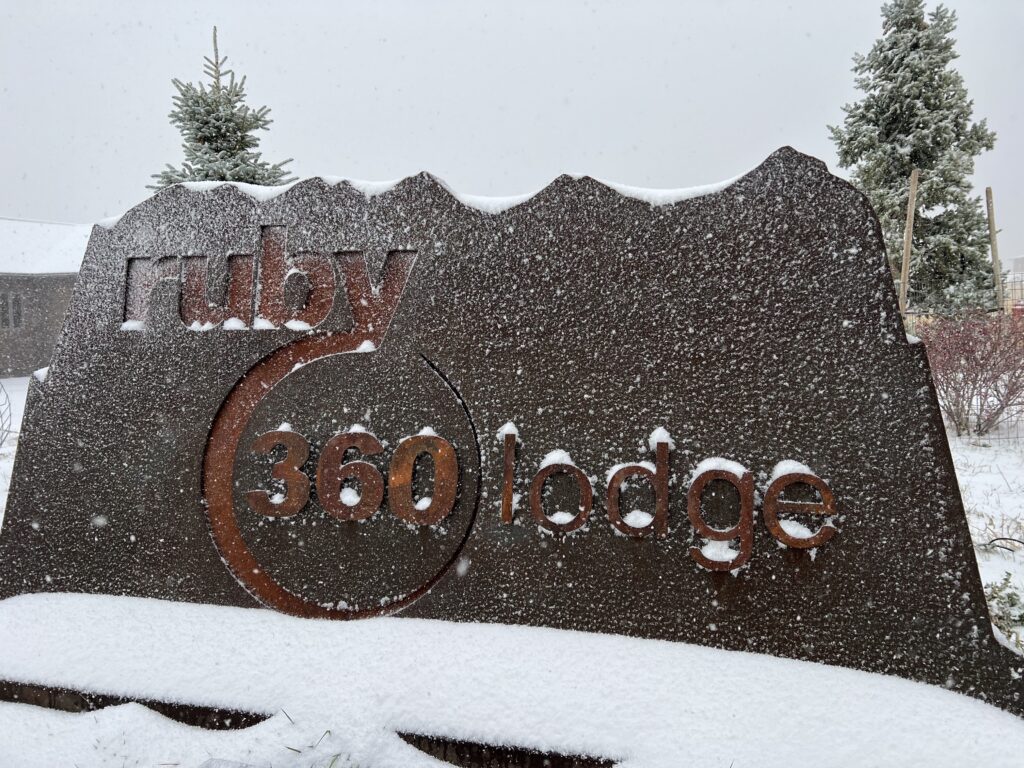 You never forget the first snow. A true winter-like autumn low pressure system swept through the Great Basin during the last 36 hours. The beautiful fall colors didn’t stand a chance against the 50+ mph southwest winds on the leading edge of the cold front. Snow, 6-8 inches of it at the lodge with more […] 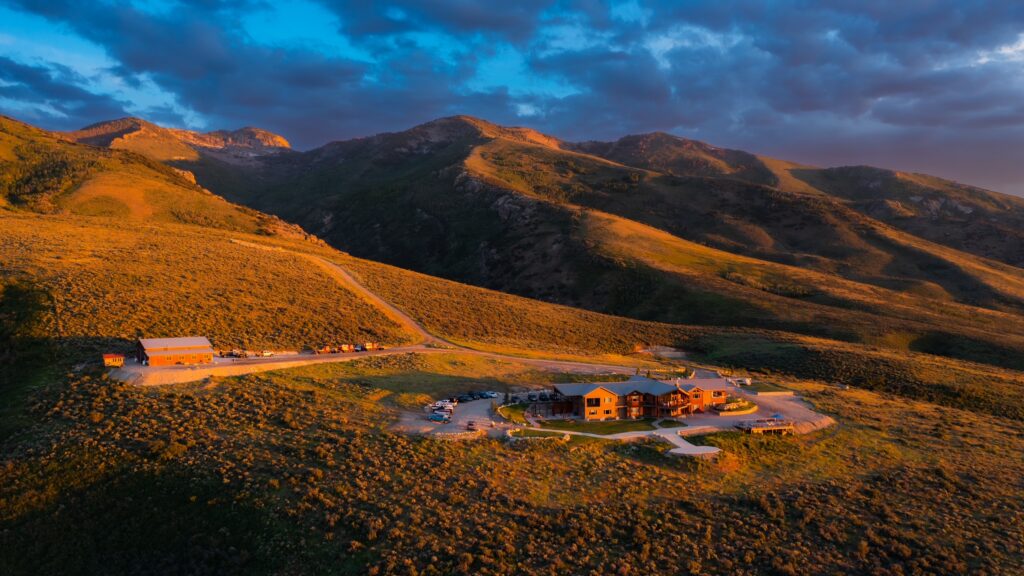 It has been a wonderful summer season at Ruby 360 Lodge. We kicked off 2022 summer on Memorial Day Weekend and have been at it ever since. Single and Three day packages, weekend dinners, overnights, boat time, the new RZR tour, hiking, wild thunderstorms, incredible food, it has been a summer full of memories. One […] 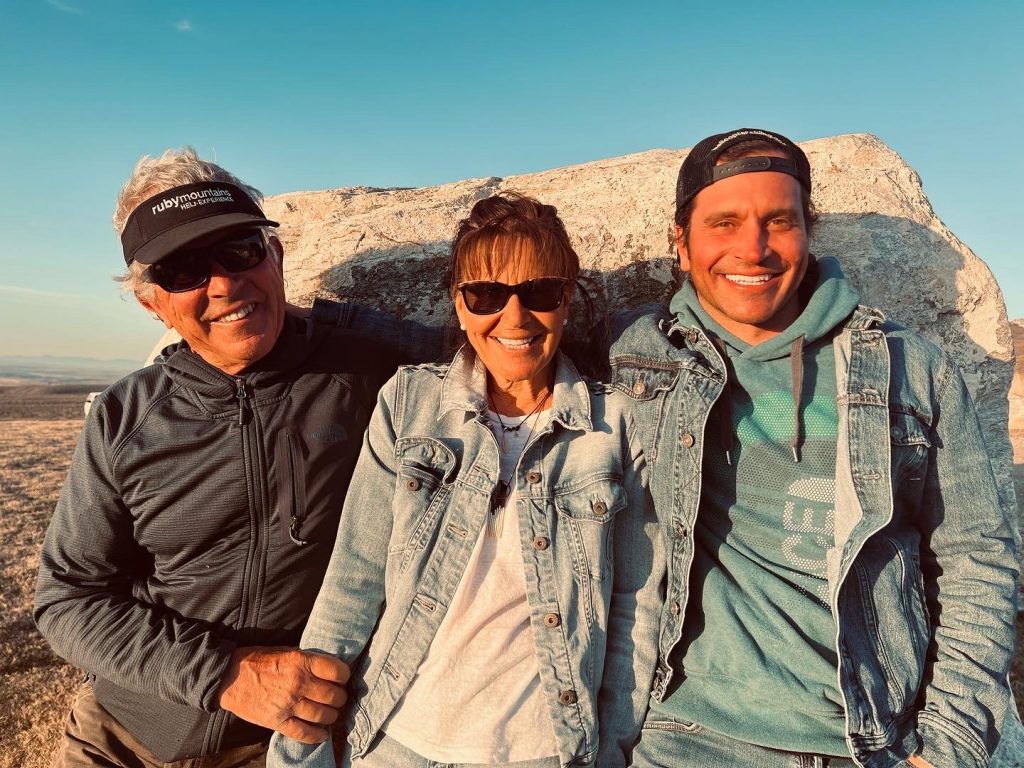 We started this season mid January. Seems like yesterday and through it all, one day at a time we had one of the best seasons in the 45 year history of Ruby. We finished the 2022 season on April 6th skiing 9 runs of cold snow in the high alpine reminding us all of how […] 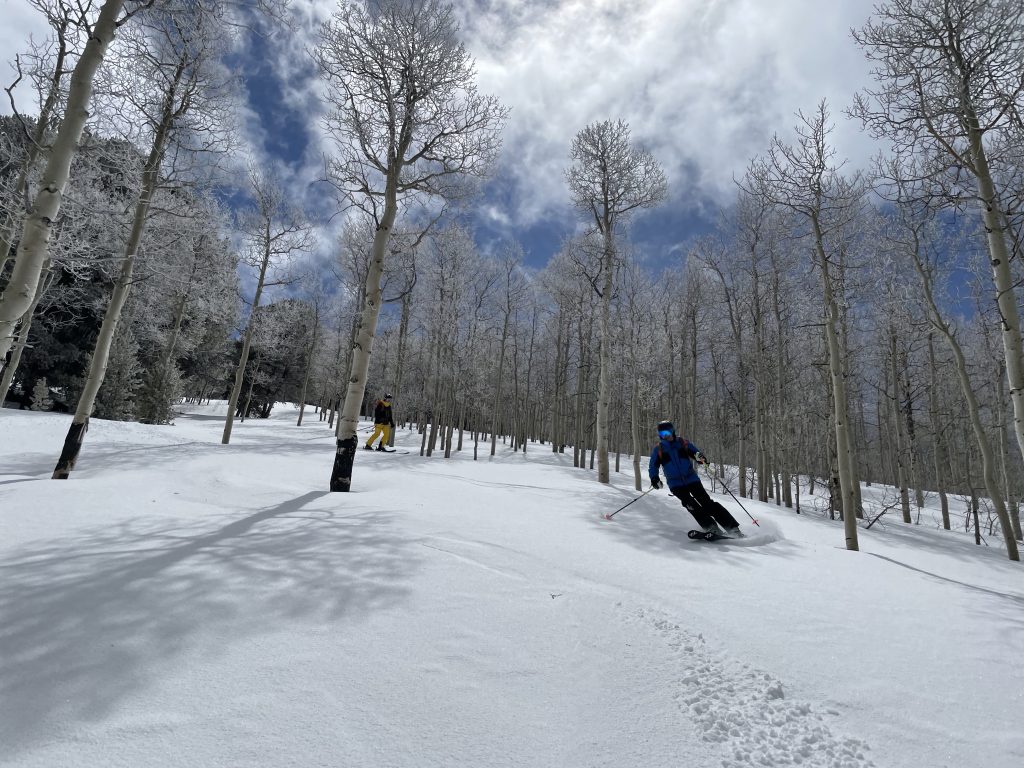 Seven runs today in Lower Talbot Creek. It was 20 degrees F when we started the morning today, a mid winter feel instead of the first week of April. Temperatures stayed cold throughout the day and there was a nip in the air with a strong north wind throughout the day. Wind kept us in […] 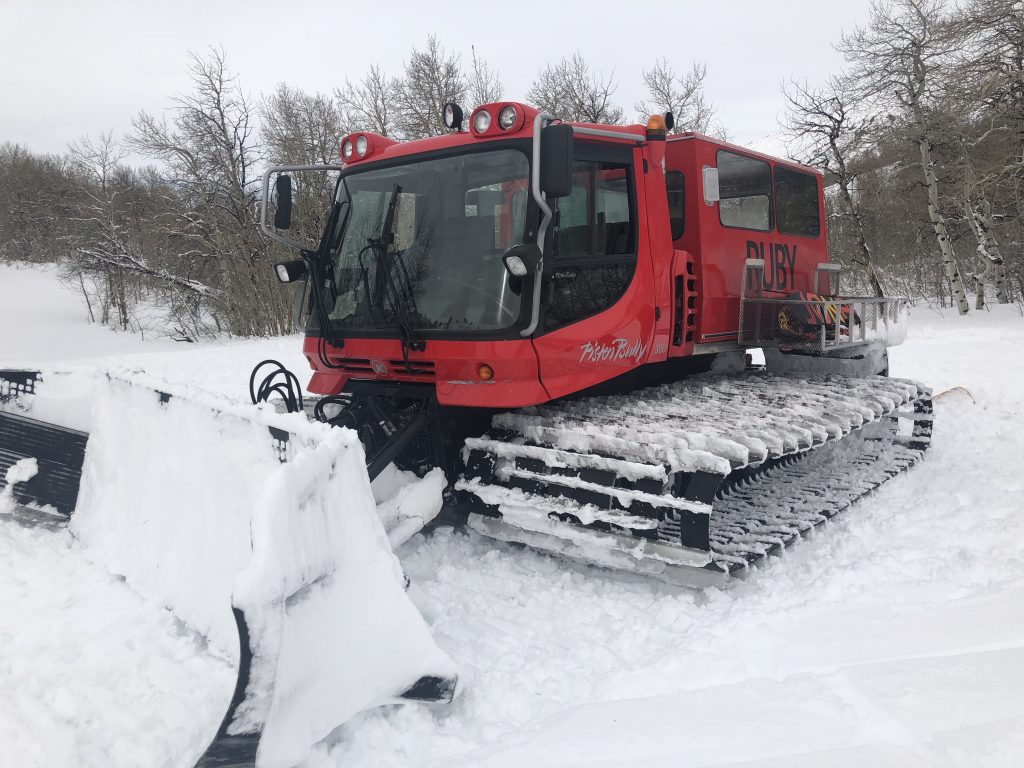 Three runs in Conrad Creek in the cats to begin the first day of the final tour of year 45. Windy conditions pushed us into the cat terrain. We skied 3 runs with variable snow conditions due to strong winds and cold temperatures that did not allow the sun to heat the snow surface. Light […] 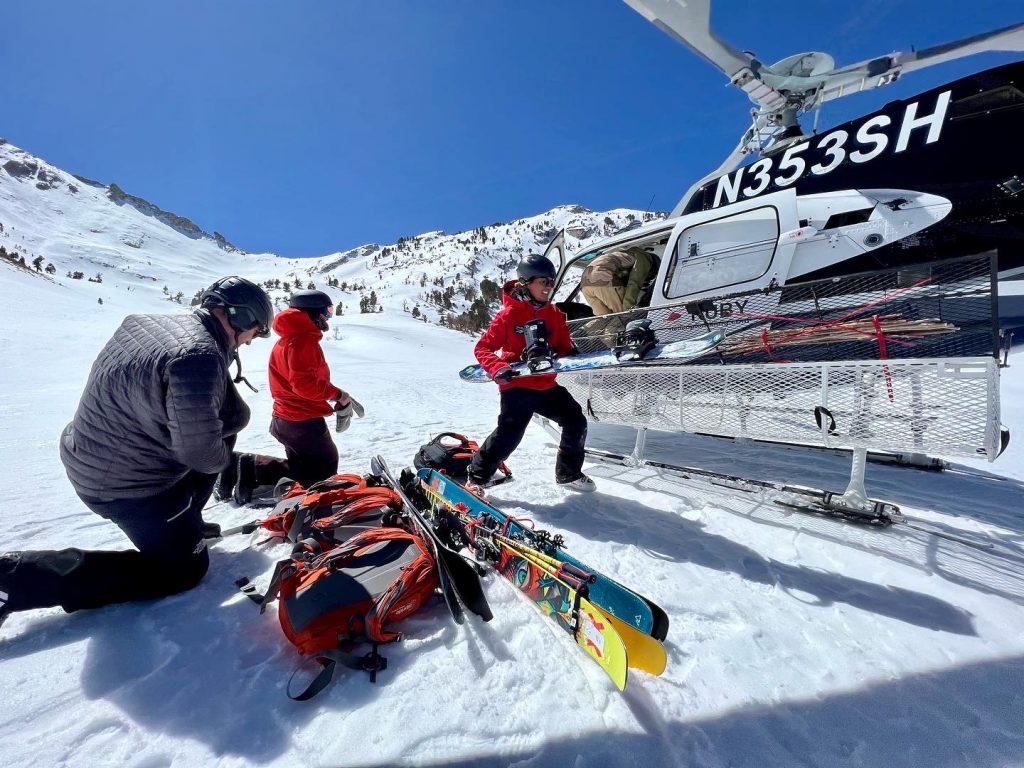 Thirty one runs in 3 days. The most of the 2022 season. Some of the best skiing and flying conditions we had all year the past three days. The final group of the 2022 season arrives tonight for the Monday- Wednesday three day tour. Strong winds are expected tomorrow mid-day through Tuesday morning with light […]

Call us today and book your dream trip

Ruby Mountains Heli is a premiere heliskiing operation based in Lamoille, NV with over 46 years of experience in treating our guests to the best time of their lives.

RMH is a proud US Forest Service Partner operating on Humboldt-Toiyabe National Forest.